The world of information technology has been advancing at a lightning speed. With the introduction of cloud technology, the possibilities in the distribution of software programs have seen a new light in the form of SaaS. Every now and then a new SaaS application hits the market. But do they perform as expected? Probably not all. Here, the importance of SaaS testing comes into play. In the fast-moving competitive market, releasing an application without testing and getting failed is the last thing you’d wish for. We have listed out some testing methodologies with a development process that you can follow before releasing the application in the market.

SaaS – an abbreviation for Software-as-a-service is a software distribution model that depends upon cloud computing technology. It is an online product, necessarily a web or a mobile application that users can use by paying a timely subscription fee, without having to install it on the computer or mobile. It is rapidly becoming a convenient alternative for traditional licensed software as a result of the advantages it has over the other.

SaaS applications are hosted on a given server and are distributed through the internet. The relevant data is stored centrally, the updates and maintenance are managed by the hosts centrally, and the services are generally accessible to everyone without having to install special hardware. Moreover, SaaS products are secure, reliable, save costs, accessible to all, and an effective revenue-generating model. All thanks to the top SaaS development companies around the world!

Following are the steps that would typically be followed for the development process of a SaaS application, right from the scratch.

The beginning of any product starts with an idea. The idea of providing a certain service to the public, then the USPs that would entice the customers and make the service stand out from the rest. However, it is necessary to check if the idea is compatible with the public’s needs, and will generate revenue for the necessary growth. Evaluation of the competition it faces and other financial and market-based projections are necessary as well.

After the general idea of service is finalized and the scope seems good in the market, it is time to come up with the functionalities. Features and other requirements like integration and security that would be necessary to fulfil the needs of the customer, and make their experience satisfactory. The application needs to be robust to accommodate a high number of traffic, and users.

2.3 Coming up with a Minimum Viable Product

After finalizing the application and the features that it would incorporate, it is time to start developing the application. But once the stakeholder steps into this job, cash flow begins, and with it comes to risk. Risk is supposed to be mitigated and to do that, it is crucial to come up with an application that doesn’t disappoint the users. A minimum viable product helps with this purpose by bringing forward a basic version of the application with all the necessary features. Later on, with essential feedback and research, new features and upgrades can be installed or altered. This saves costs and reduces the risk considerably.

In the e-book you have all the information from this blog post and more to look up and share. In addition, you will find an extensive section “Remote UX Testing in Practice” as a valuable addition to your daily work. There you will learn how to define questions and hypotheses, how to create good tasks for online tests and what good questionnaires look like.

Choosing the pricing model is crucial, as it decides the generation of revenue and influences the mindset of users and hence the traffic. There are several models that one can choose from- usage-based pricing model, where price depends on the amount of usage. Different features can be priced differently; this feature is called- pricing per feature. Freemium is where the usage is free of charge unless an upgrade is required. Pricing per user is a model when the price is charged per user that uses the service, and when there is one rate for the entire product, to be paid timely, the model is a flat-rate pricing model.

Technical aspects are the programming related aspects that one needs to take care of during the application’s development. Programming professionals decide the aspects such as the programming language, frameworks, tools, and platforms that would yield the appropriate product as soon as possible. It is necessary to consult with the programming team to make sure the technical choices favour the MVP and the application in the long run.

After figuring out all the details about the requirements, MVP, and the technical aspects, it is time to bring together a team that would be comfortable in taking up such a project. A team can be brought together in a company out of its own employees, or a team can be outsourced from other development companies. A team can save costs if the team is highly efficient, whereas an outsourced team provides several plans and would allow the stakeholders to focus on other business aspects.

Budget allocation is essential for the development of a SaaS application. Here, a lot of aspects of development need to be taken into consideration. If we are specifically considering the technical development of the application, we need to consider the cost of the use of the resources, labour costs, rental costs, and certain other miscellaneous costs. Careful calculation of the budget considering the worst-case scenarios is important. It would be disastrous if the project gets stranded with the money depleted.

The above seven steps constitute a general development process for a SaaS-based application. However, it is not sufficient to just get an application developed to be able to introduce the app to the users. Testing the application for faults, bugs, and errors is quite important to let the application climb the ladder of success without facing a bad public reception.

The TestingTime User Testing Kit contains everything you need to successfully conduct user research: a test script template with helpful tips for each phase of the user test, an observation record template, and an analysis spreadsheet template for user tests.

SaaS testing is best done in a cloud environment and with real traffic. Such realistic conditions make sure the application obtained after review and improvements are fit for use, secure, and reliable. Apart from the challenges we discussed, some other technical challenges need to be faced appropriately for a SaaS application. Here are those challenges.

Security is a crucial factor to be taken care of when software programs are involved in general. In SaaS applications, however, they are hosted on servers that practically remain accessible to online traffic almost all the time. Here the importance of security increases multifold. Most of the SaaS applications need integration with other applications to work and ensuring security and privacy for the customers becomes a challenge in such cases. Ensuring robust encryption and multiple testing of the network and integration under different scenarios is the way to go. 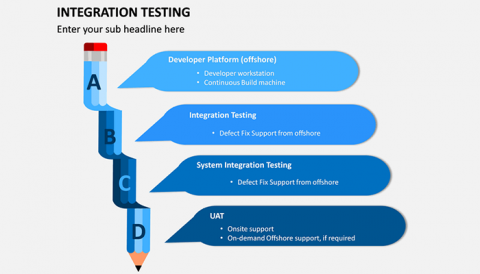 Upgrades are an interactive way to entice customers and improve their experience of the SaaS application. New interface, new tools, and other performance-based upgrades can help bring more revenue. SaaS applications are proactive in providing these features to the users and introduce upgrades quite frequently. However, just like the testing challenges faced with a short development cycle, frequent updates pose challenges as well. Testing upgrades frequently under such time constraints make it challenging for QA teams. Automating the testing process using testing scripts helps in such cases.

Security plays a silent, yet powerful role in the success of a SaaS application. While a secure application wouldn’t catch much attention, a security flaw could prove to be very harmful to the company. Security testing of the application ensures that the application can withstand cyber-attacks by malevolent applications and people. QA teams must develop a checklist that covers the aspects that deal with other domains, APIs, and integrations especially those concerned with payments.

A SaaS application works with web browsers and other web interfaces and therefore is easily accessible by the public. The traffic to the server can therefore fluctuate as a result of new marketing campaigns or some other factors. In such cases, the application should be capable of handling such traffic loads and keep up with the stress. While testing the load, QA teams ensure that the application can handle load and stress levels that are higher than the general capability of the application, improvements are thereby made accordingly.

Integrations play an important role in an application’s popularity. A SaaS application is generally used complementarily with other applications to accomplish a goal. For this reason, to make the process convenient, applications offer integrations. As discussed in the challenges with regards to API integrations, QA teams make sure the integrations are secure and the data flow is seamless. Test cases must be made to check the accuracy and security of the data transfer and concerning performance.

Finally, it is important to check if the application components are performing appropriately. Like any other program, SaaS applications run according to the components of the program. Unit testing involves breaking the application into modules and testing the modules for their errors and performance. This often involves checking individual pieces of code which make the process long and tedious. To make the testing viable, testing scripts that automate the testing process are implemented by the QA teams which makes sure the application is performing appropriately at the elementary level.

The prominence of SaaS applications has led to an increased indulgence of software companies in this area thereby increasing the demands and competition. To keep up with these aspects and compete in the market, proper development strategies need to be followed. Testing is a crucial part as it makes sure the application performs well in challenging circumstances. Different applications need different development and testing strategies for a firm output, however, the above methodologies generally encompass most of them.

A marketer, developer, IoT, ChatBot & Blockchain savvy, designer, co-founder, Director of eSparkBiz Technologies. His 8+ experience
enables him to provide digital solutions to new start-ups based on IoT and ChatBot.