The Bring! Labs AG is a mobile tech startup in the food industry. Their main product is the "Bring! Shopping List" app, which simplifies food shopping for millions of users worldwide. Sandro Strebel, CTO and co-founder, told me in an interview more about the UX culture at Bring! and how TestingTime has helped to further develop their product. 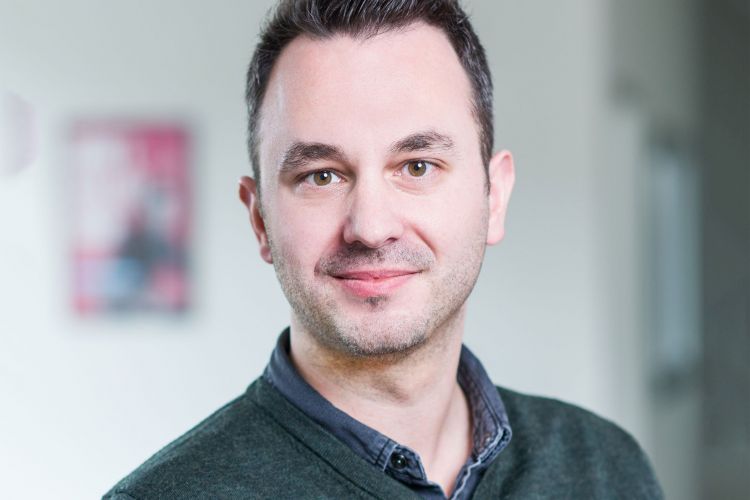 1. The idea behind Bring!
1.1 Shopping list for shared use
1.2 From a private project to the main job

4. Successful redesign thanks to usability tests

1. The idea behind Bring!

With Bring! users can easily create shopping lists and share them with their family, friends or partner. Among other things, the app ensures that the joint grocery shopping is as efficient as possible. The personal shopping assistant accompanies the user through all aspects of the shopping process – from the inspiration to the joint planning and purchase.

Bring!, like so many other startups, started as an after-work project. The two Bring! founders Marco Cerqui, CEO and Sandro Strebel, CTO, were looking for a solution to organise the common household in an uncomplicated and above all digital way. The paper shopping list was left at home far too often. In addition, existing digital solutions such as to-do list apps were not sufficiently designed to the shared shopping experience. As a result, the two young fathers decided to solve the problem themselves. After all, they had all the tools and skills which were needed to develop their own product. 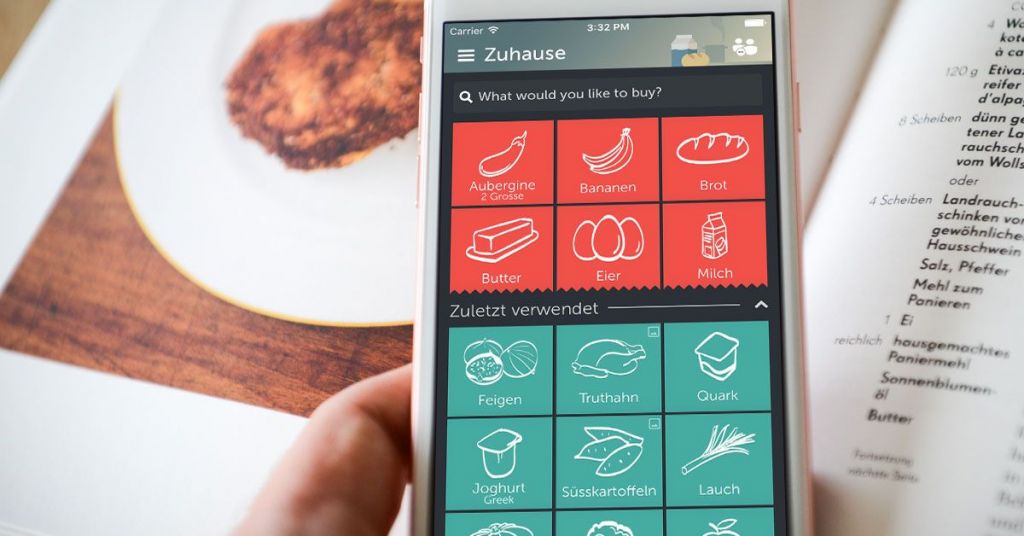 1.2 From a private project to the main job

After the founders had made the application available to the whole world in the App Store, they were immediately overwhelmed by the many positive feedbacks. The decision to quit their old job and dedicate themselves completely to the further development of Bring! was therefore quite easy for them. They have not regretted that decision. Today, several million people worldwide use the Bring! app for their grocery shopping planning.

2. User-centered development with many advantages

The Bring! Labs AG wants to build the best shopping companion and at the same time become the best advertising platform for brands and retailers. They ensure this through intelligent technology, a unique design and intuitive use. Bring!’s biggest competition is still the paper shopping list. Technically savvy users sometimes switch to the note function of the smartphone. However, none of these solutions can compete with Bring!’s holistic and simple shopping experience. Users simply click on the desired products, they don’t have to type them in. Regular use of the product is worthwhile, because with the help of machine learning the user receives reminders to restock regularly purchased products even before they go out, such as household paper.

The entire user experience is of central importance to Bring! And not only because the CTO has a master’s degree in Human Computer Interaction Design. From the very beginning, the founders have worked according to the UCD method. User-Centered Design (UCD) is a method in which the later users are involved from the very beginning. The startup works with personas to put themselves in the position of the potential users. They regularly conduct interviews with test users, test all possible scenarios and develop prototypes. The user-centered approach, and especially the early testing of the product, has proven to be successful. The app is becoming increasingly popular.

2.2 Inspiring users on a daily basis

In addition to efficient shopping, Bring! supports the user with daily inspirations for a rich and varied menu plan. The linking of the recipes with the shopping lists allows the user a new and optimised everyday shopping experience. Favourite recipes can easily be added to the personal collection and shared with others. 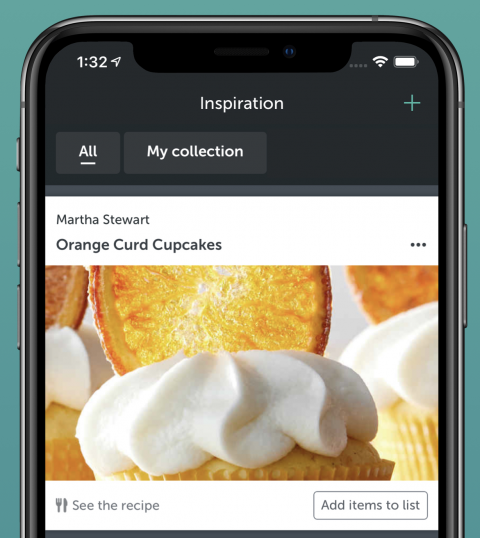 One of the exciting challenges Bring! has tackled is to develop the app as an advertising platform. It offers brands and retailers the opportunity to position themselves in the app and within a relevant context. In the end, it has to make sense for the user. Therefore, in the development of this ad product, as before, the users were put in the first place. Bring! supports only ads that make sense at the time of the purchase or planning. These so-called native ads work as follows: When the user adds a pizza to the list, the ad for a pizza appears and the user can select the type of pizza he or she wants. This creates a win-win situation for everyone involved.

Although Bring! is very popular and has an increasing number of users, for the team behind Bring! this doesn’t mean that they will leave it at the status quo. Currently they are working on a major redesign and that means first and foremost intensive and regular testing. Among other things, Sandro and his team are analysing which product features are now major engagement drivers and which are not, and how they can improve the product.

3.1 Outsourcing of the recruitment process

As a small startup, Bring! has conducted many user tests with people from their personal network. Later on they ran Facebook ads to find the right profiles. However, this has always involved a lot of time and effort. They also handled the following incentive of the new test users with vouchers etc. completely internally. As the company grew, the decision was finally made to outsource the recruitment process of test users to an external company in order to focus entirely on the testing. Bring! therefore decided to recruit test users at TestingTime for the qualitative interviews on the upcoming redesign.

In their latest user research, Bring! decided to conduct moderated remote interviews via Google Meet. They chose remote testing because they also interviewed test users in Germany, and not only in Switzerland. For half an hour, the researchers talked to the test users in detail about their shopping behaviour. The advantage of the chosen format is that they received detailed, qualitative feedback and a great deal more input on the whole process. Based on these interviews, they modelled new personas for the redesign. Afterwards, they mixed the results of the qualitative interviews with quantitative surveys via Google Survey to confirm certain hypotheses with a larger target group.

Bring! has made a conscious decision not to conduct the study with users of the app. They wanted to understand in detail the current shopping behaviour of non-users who are not familiar with the app in any way, and this across all relevant age segments. For this reason, the age of the target audience was defined as between 20 and 60 years when they ordered the test users. A further criteria was that the users speak German and are residents of Switzerland or Germany. This area is the core market of Bring!.

3.4 Reliable coordination and no studies junkies

Sandro and his team were very pleased with how easy the whole recruitment process was. They were particularly impressed by the transparency they were offered throughout the whole process. In the lineup, they could check at any time which test users had already been recruited. The initial concerns that some of the test users might be people who regularly take part in such studies quickly disappeared. All test users appeared punctually for the interviews, were reliable and were able to provide valuable insights into their purchasing behaviour.

4. Successful redesign thanks to usability tests

The qualitative interviews, especially those with the digital immigrants, have provided Bring! with many new ideas for the optimisation of their product. They have already implemented certain inputs into the product and their marketing communication. Major changes will be implemented as part of the redesign. But testing doesn’t end after the first major user research. It’s an ongoing process. The prototypes developed based on the qualitative user interviews must be tested. Therefore, various unmoderated remote usability tests are currently taking place. It remains exciting and users can look forward to great new product features. 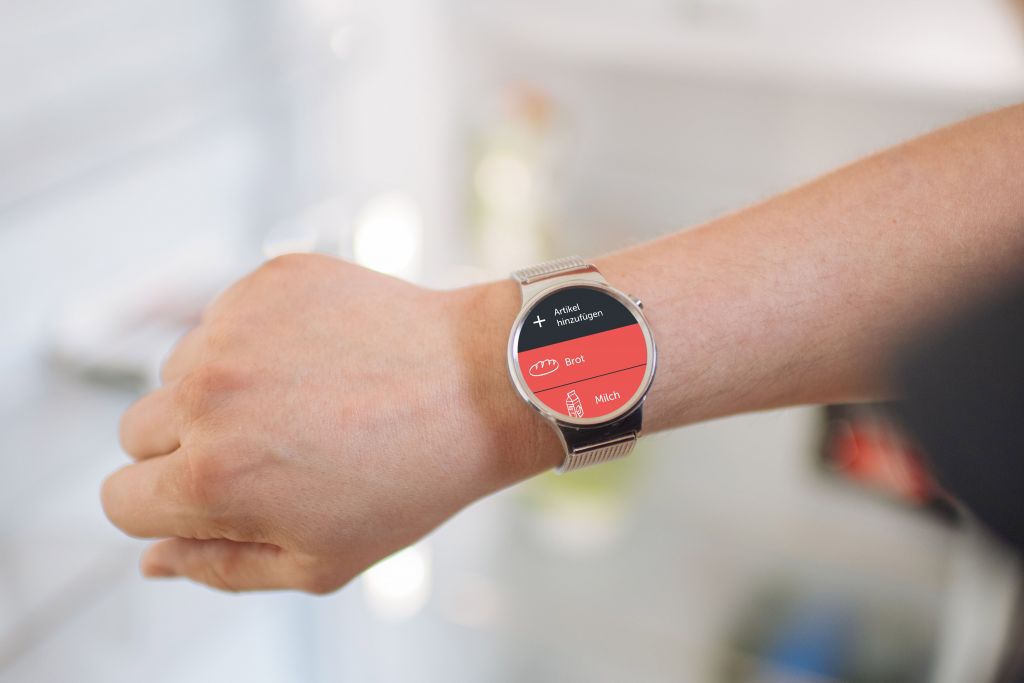 Marco Cerqui (CEO) and Sandro Strebel (CTO) founded Bring! Labs AG on 1st April 2015. Bring! helps millions of people shop better. The app accompanies the user through the entire shopping process for everyday items such as groceries and drugstore products – from inspirations, to joint grocery planning until the final purchase at the store. With the help of shared shopping lists, recipes, local offers and personalised shopping suggestions, Bring! simplifies grocery shopping and like that the organisation of every household.

Bring! is available as a free app for iOS and Android as well as web version (www.getbring.com). The Bring! Labs AG with headquarters in Zurich and an office in Berlin, currently employs over 20 people. Bring! is the #1 Swiss Online Startup 2019 and has been awarded several times with the Google Play “Editors’ Choice” award. Curious?